Seven years ago I heard someone talking about an Ironman triathlon and thought “me too, me too!“. Far from a fixation, this was more like a “wouldn’t it be cool …” thought at the time for a fat bastard like me. It took me the first 2 years to get acquainted with jogging, swimming and cycling. Then I raced my first olympic distance at London Triathlon 2007, felt horrible, did a few more in London but did not really improve a lot. I ended up running a few half-marathons last year and decided to take on a full marathon and a half-ironman this year. 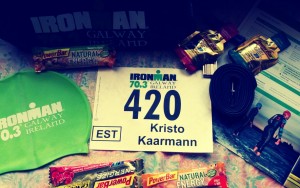 The 5h 34m finish time in Galway, Ireland was by far my best result of all my sportifs this year and placed me 280th out of the 960 people, who crossed the finish line. For me racing often involves seeing lots of people pass me in the second half of the day (l’Etape, marathons), but it was not the case this time.

The 1.9K swim is the scariest part of the race. It did not help at all arriving the night before in a 30kts thunderstorm and the waves were rolling in from the North Atlantic right into the Galway Bay. But the race start at 6:30am next morning into the sunrise over a calmed down sea was full-on romantic. Imagining how thrilled the other 2000 neoprene-men were gathered in the cold water behind the starting line. The swim itself was really cool, after the usual foot grabbing and anxiety of the first few hundred meters I got into a rhythm and totally enjoyed the sunrise and moving through the chill ocean water. 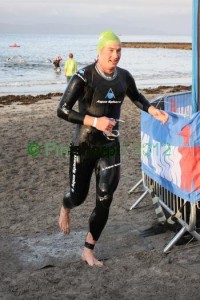 About 45 minutes later coming to shore we met a supporting crowd and the announcer welcoming “This is Kristo Kaarmann from Estoniaaaaa…“. Swimming long distance makes you dizzy even with the smallest of the waves. It is incredibly hard to walk straight, let alone run straight after a 2K swim in open sea. I guess that’s why they build a massive corridor from the beach to the bike area, otherwise people would just genuinely get lost.

Changing between the swim to bike to run is considered the 4th discipline of the triathlon. People go to great lengths to optimise these. For example, I thought it would be good idea to wear socks to the bike and run. It ended up taking me about 2 minutes trying to put them on to my wet feet, which was just impossible given the heart rate after the swim. 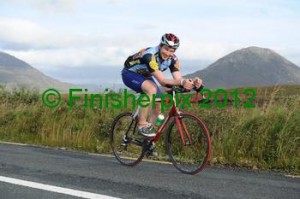 It was a great feeling having survived the swim and launching on the spectacular 90K ride through the Irish countryside. One tries to play by the rules and avoid drafting in the bike leg, but … it ain’t easy if you have that number of competitors on the rather small road, trying to overtake each other. Let’s be honest, drafting did happen. 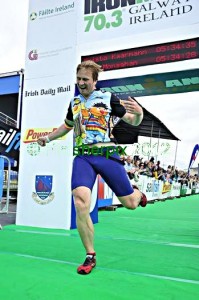 Personally I was afraid of the run more than the swim. I expected to be totally exhausted and barely able to move my feet by the time we get to the 21km run. It was not the case, I was full of energy, getting a lot of support and attention thanks to my Bert & Ernie Sesame Street jersey. I passed a few people, some others passed me, but I enjoyed it quite a lot and even managed to make a couple of friends during the course.

Ironman is a great money-making brand machine. Couple of days after the event they published the new European Ironman league classification, where one is automatically entered even with the half-ironman results. So I first ended up as 172th of M30-34 in my country league table for GBR. Then I pointed out their mistake that I did not compete for GBR and am never planning to. They changed my country affiliation to Estonia and boom, I ended up in the top spot in the country league, still 1879th in the European league. 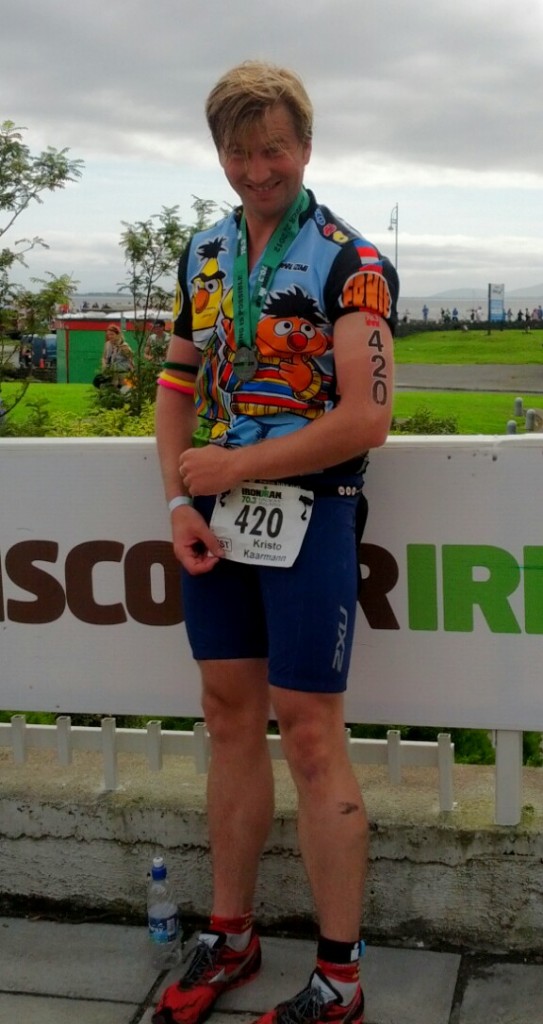 If I were now, speaking hypothetically of course, ever thinking of attempting the full Ironman (4K swim, 180K bike, 42.3K marathon) – what would the preparation need to be? The body would need to be in a state that it can run a marathon without making a big deal about it. So I guess a couple of more half-ironmans and a few marathons will be needed.