A few weeks ago I bumped into Stanislav and Joonas, who had spent the summer in London interning for RBS and Research Intelligence respectively. Both of them were among the 10 students in 2009, whom I helped to finance the first year of their studies abroad. Every time I meet any of our past grant holders, part of me is happy that my investment is bearing fruit, but the self-conscious me feels a bit uneasy in the company of people with brains the size of ripe watermelons. Just a couple of years ago Stan told me after finishing his first year of Mathematics in Oxford at the top of his class, he had started seriously doubting if this was indeed the right place for him. 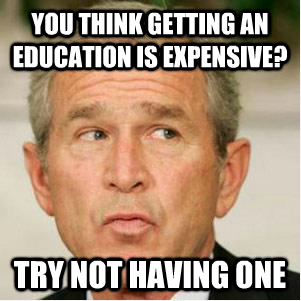 We run a university grant programme Young Scholar Grant (Noored Õpetlased) with a couple of friends, which invests one time £3500 cash grants in prospective Estonian boys and girls out of high school, who had the balls to apply to Oxford, Cambridge, Humboldt, etc and the wits to be accepted. We pay out ~10 grants every year where each basically covers the student’s first year living expense abroad. Again they will need the balls and wits to know they can support the next 3 years of the studies themselves. The money comes from private “investors”, who all put in £500-£2000 and every privately invested £ is matched 1:1 by the Estonian government.

We just gave out 11 grants to the 2012 class of ambitious youngsters. This year the government ran out of budget after 10 grants, so the investors stretched themselves to send the 11th person without any government sponsorship and fully privately supported.

Handing out the grants is quite a get-together for all previous years’ grant holders and a great chance for us to hear how they have been getting on. So we learned that Holger from ’06 had recently created some synthetic diamond as part of his PhD research. Kristjan from ’08 turned down two PhD offers from Oxford and moved to London to continue at Imperial. Mihkel from the same class wanted to try in industry and competed against 6000 other wishfuls to win a spot among the evil bankers of UBS. Marek from ’09 who studied with professor Higgs (of the boson) in Edinburgh had spent this summer in Geneva colliding particles and checking the debris for his teacher’s boson.

So what do we, the investors, get out of it? We get enablers. We get to make sure that the top 0.05% brightest young people of our small country are educated together with the top 0.01% of the brightest people of the world. Our own universities are very good, but they are not the best. And “very good” just does not cut it when you need the “best” people to run the future of your country. There are no strings attached with the grant, the students only commit to complete the studies in the university, after that they can do what they want – go into research, work for a bank, go bank to Estonia, stay abroad – whatever fits the ambition.

This is a no-brainer investment: you have 2x leverage from your government, the value of your underlying asset class (education) only goes up, there is no direct exit to worry about – the only question is in the value of the indirect benefits you get from having super-educated countrymen and -women around you. The annuity will pay back in small indirect benefits over the next 50 years. Of course, you are not the only one benefiting – there are the other 1.3M Estonians who benefit and there is nothing wrong in sharing the proceeds.

Our investors vary from ex-bankers and entrepreneurs to researchers, who are still in postgraduate positions and running on grants themselves. I strongly believe, that every one of us should have and can have a contribution to education. If you don’t like giving cash then why not read a course or a guest-lecture at your university. By now you should have learned something worth teaching others. It would be reckless not to.