The black tie awards ceremonies, like the one I attended yesterday, are usually quite embarassing. It often involves pretentous entertainment followed by old boys handing pieces of machined glass to entrepreneurs, who have just hit early revenue. Instead of being wined and dined, we founders should really spend the night in the office building and selling the product. 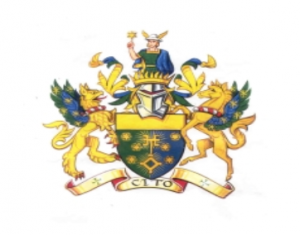 But this event was better than usual. And what made the difference was a remarkable panel, made up of a different generation of founders. These guys had 15-20 years of success on the rest of us in the audience.

Initially the panel, themed “To float or not to float?” felt totally out of place, as the only people excited by IPOs were the accountants, who sponsored the event. The hosts referred to the panelists as “rockstars”, which makes us young entrepreneurs nothing more than “punks”. But in the end this panel turned out incredibly inspiring.

Sometimes it feels that London is lacking the “previous generation” of enterpreneurs, particulartly in contrast with the Valley. I am starting to realise, that our previous generation just is a bit harder to find as they live in a different ecosystem to us.

Counterintuitive as it may be for a startup, but the sooner we think about “what do we need to do and be, in order to be a meaningful player 10 years from now, 20 years from now?” Do I believe that Google is going to be around in 2033? Definitely. Amazon? Most likely. Apple and Facebook? Depends.

If you can build the product to become a long-term infrastructure that powers this world, then you’ll be in it for the long run.

It was somewhat relieved to hear, that although these guys had a vision, they had very little clue about how to achieve that. They hustled a lot. As long as you keep the end goal in mind and don’t err to the side of dishonesty, then hustling works. You just need to keep selling what you are making

When it comes to floating, the panel agreed that it this made their life easier only in one respect – it became much easier to raise money. Yet two things will happen. First, you will lose control of the fate of the company. If an offer is made to buy at say 30% premium, then the company will be sold and there is nothing you as a founder or ceo can do about it. Secondly, you will end up spending enormous amounts of time with analysts and shareholders. Mike suggested that investor relations now takes 60% of his time. Scary to compare that with the meager 5% that we are spending today between me and my co-founder.